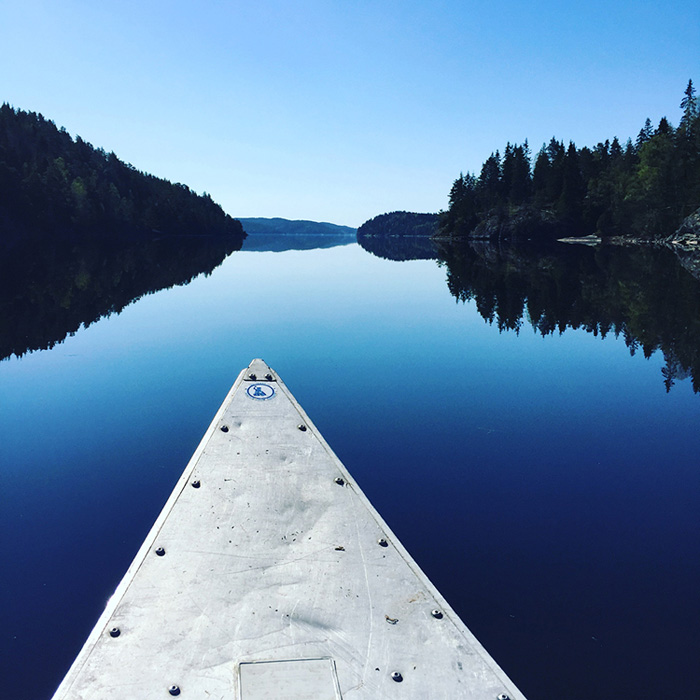 The registries emigration from Sweden to North America totals up to approximately 1.2 million people during 1860 – 1914, this from a population of approximately 4 million. Most of the emigrants were young people between 15 – 35 years old. Of these, it is estimated about 200,000 have returned to . was in relation to its population, a big emigrant nation.

The cause of emigration was lack of means for support, mostly in the countryside. By tradition it was the eldest son that would take over the farm and the other sons would have to go somewhere else to earn their living. The severe failure of farming crops in the 1860´s increased the emigration especially from Småland and Värmland.

President Lincoln’s law of 1862, concerning free land and the enormous expansion in industry were some reasons for the emigration from to . One result of the Swedish hunger for someone to have their own land, was that in 1920, the amount of Swedish-owned land in the was equivalent to 2/3 of all cultivable land in . Ribbons of small Swedish farms also grew up around the new railroads.  The possibility to combine farming with railroad or lumber work, were important for the penniless Swedes. The railroad king James Hill quotes: “Give me snuff, whiskey and Swedes and I’ll build a railroad to hell.”

What was it that the emigrants faced? Was it the glory land? Carl Ludvig Fredrikson from Mo parish writes in 1894 to his brother-in-law Emanuel Olson from Tyft and reports:

“Times are still bad here. There are about 5  million workers here without employment in US so the poverty is big for many people in this country. I and Alrik are working together for the moment but I hope to get carpenter work here in soon. is a big city with over 30.000 inhabitants. Not many Swedes here, mostly English, Germans and an awful lot of niggers. is a beautiful seaport where ships from all over the world anchors for delivering their merchandise and collect cotton. A lot of cotton is cultivated here in and that makes the city has open up a connection with the biggest cities in the world.”

Most Swedes Stayed in the Cities.

In 1910, 60% of Swedish born Americans lived in the cities. It seemed that the Swedes combined moving to another country with moving from countryside to cities. The emigrants came to expanding cities like and . The employment market in the cities had a lot more to offer than the countryside. This was applicable most for the unmarried women that had enough of working in the farmyard.

became the centre of the urbanization process. The amount of people living in Göteborg, second largest city, was passed at the turn of the century by ’s Swedish population. There were 150,000 first and second generation immigrants. The Swedes were especially important in the construction industry which appears in the statement “the Swedes built ”.

The emigrants from Bullaren settled in twenty of states with a majority in the “Swedish settlement” (, , and ), but they also moved to other states such as , , , and .

We estimate that around 2,500 people from Bullaren moved to the . Many emigrants first moved to and from there to .

The first emigrants that we have tracked are five young people, four men and one woman:

Pål Ingelson Augustin, Olof Anderson Ehn, Elias Anderson Ehn, Johan Larson and Cathrina Olofsdotter. Cathrina is married to Olof Anderson Ehn and the company leaves Bullaren on . We are almost sure that these are the first emigrants from Bullaren that took the big step over the for a new and hopefully better life. 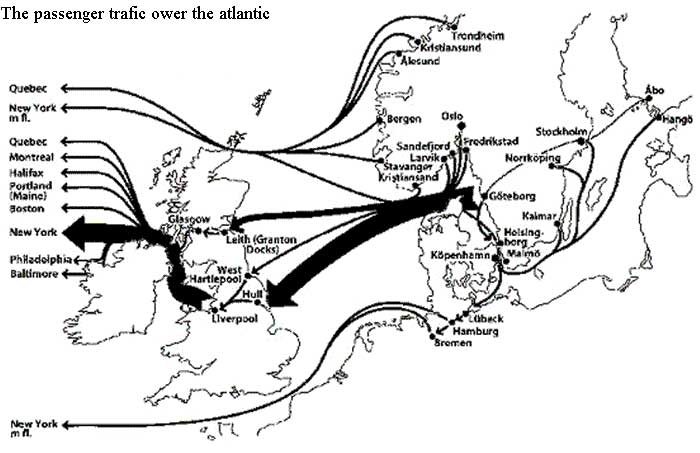